Albert Charles Mole was born on 20 May 1874. After working briefly in Exeter and Edinburgh he travelled to Clifton, Arizona, to join the Arizona Copper Company where he found a very different world. His diary for 13 October 1897 records “My first real Wild West experience…Tonight a cowboy shot the town up. He rode through shooting for all he was worth….the Sheriff says he felt the wind pass as one of the shots passed by.”

In October 1902 he returned to establish his accountancy practice in Taunton. He was elected Mayor of Taunton in 1915 and served on Somerset County Council for 43 years. He was a Justice of the Peace, serving on the County Bench from 1927 until he retired as Chairman in 1950. He was an Income Tax Commissioner from 1943 to 1957 and was secretary of the Bath and Wells Diocesan Board of Finance from its formation in 1913 until 1944.

In 1908 he even found time to write a book, The Students’ Epitome of Accountancy & Bookkeeping.In the Introduction to the book, A C says “No Accountant or Book-keeper is worth much salary who attempts to do his work merely by routine…It is an Accountant’s duty to deal with transactions in a practical manner”. 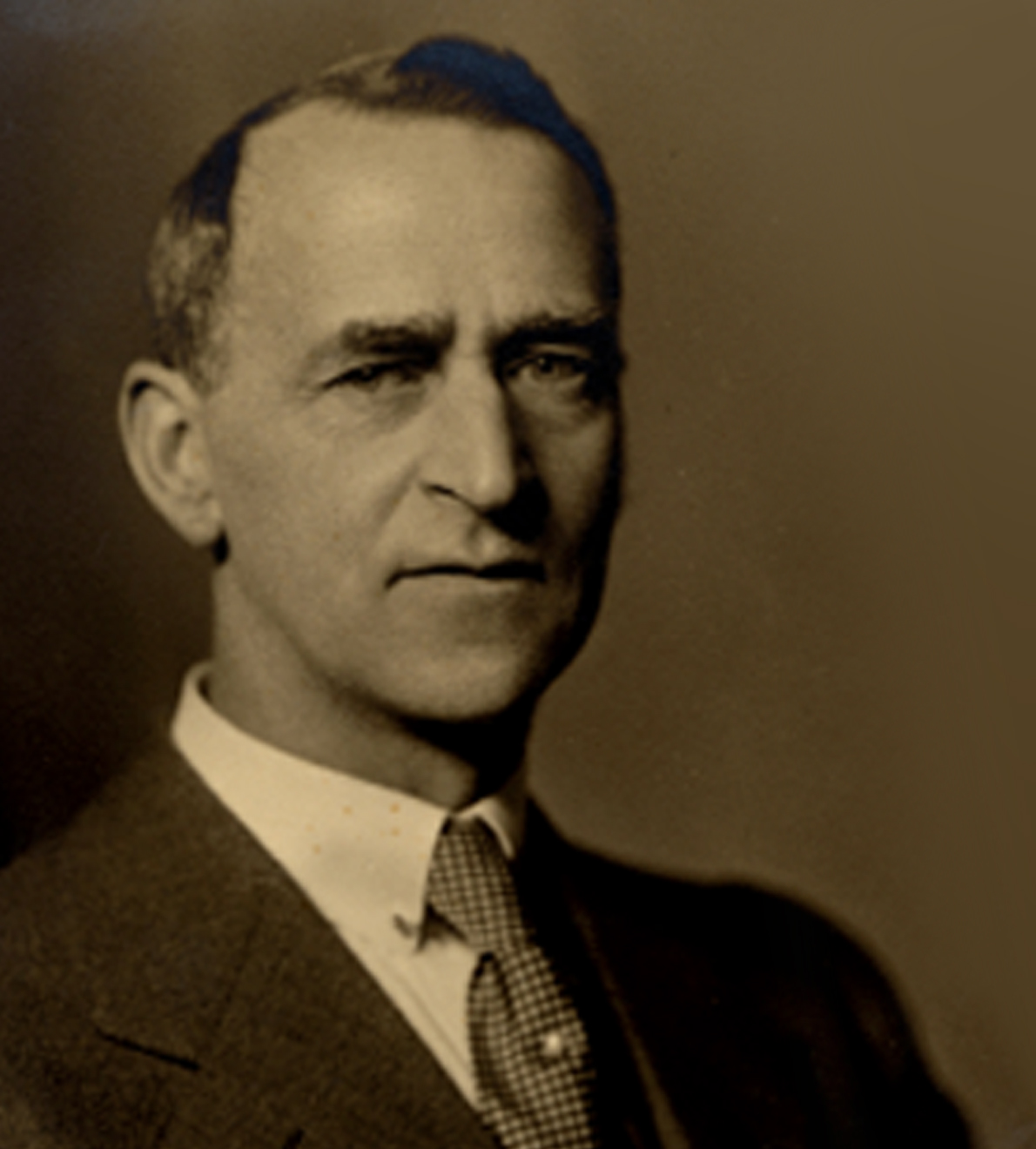 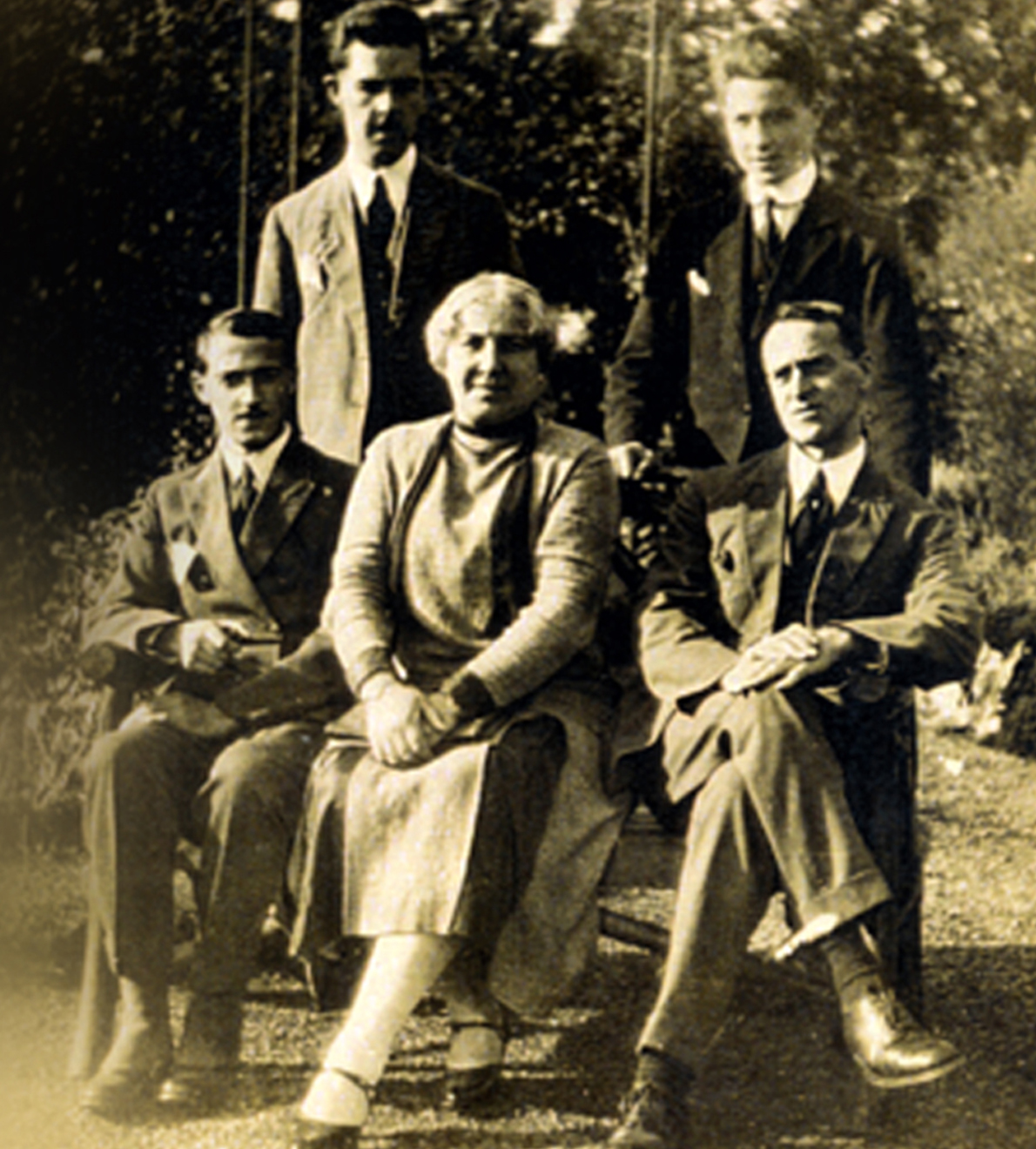 The firm grew until in 1914 the offices on the corner of Billet Street and East Street became too small and A C acquired Stafford Lodge – later to become Stafford House – on Billetfield.

In 1925 Arthur Gridley Browne (who had qualified with the firm) became A C’s first partner. A C’s sons Horace and Edgar became partners in 1928 and 1933 respectively.

Horace remained a partner until shortly after the Labour government which came to power in 1965 introduced corporation tax and capital gains tax, averring that he would not contemplate learning about these “new fangled taxes”.

Edgar was a director of Stansells, White Brothers and chairman of the Castle Hotel. He retired in 1970.

Things were very different for trainees in those days. When Peter Shapland, who became a partner in 1955, joined the firm in 1939 his parents had to pay a premium of £5 and 5 shillings for the privilege. In return he received a salary of £10 a year.

Frank Foord, who had joined the firm in 1928, became a partner in 1955 and opened an office in Castle Cary. The Cary office was subsequently headed by Gerald Morris until it closed in 2001.

Four new partners joined in the sixties: Ernest White in 1960, John Evemy in 1962 and Michael Blackwell and Gerald Morris in 1968.

As Edgar Mole had done before him, Michael Blackwell (pictured left) joined the boards of Stansells and the Castle Hotel, eventually accumulating a staggering thirty directorships.

John took on the treasurership of the Somerset County Cricket Club in 1969 and introduced new financial controls. Such was the success of the new system that he was invited to Lords to lecture to the other Counties on the merits of proper financial disciplines. He resigned the treasurership in 1979, the year Somerset won both the Gillette Cup and the John Player League. 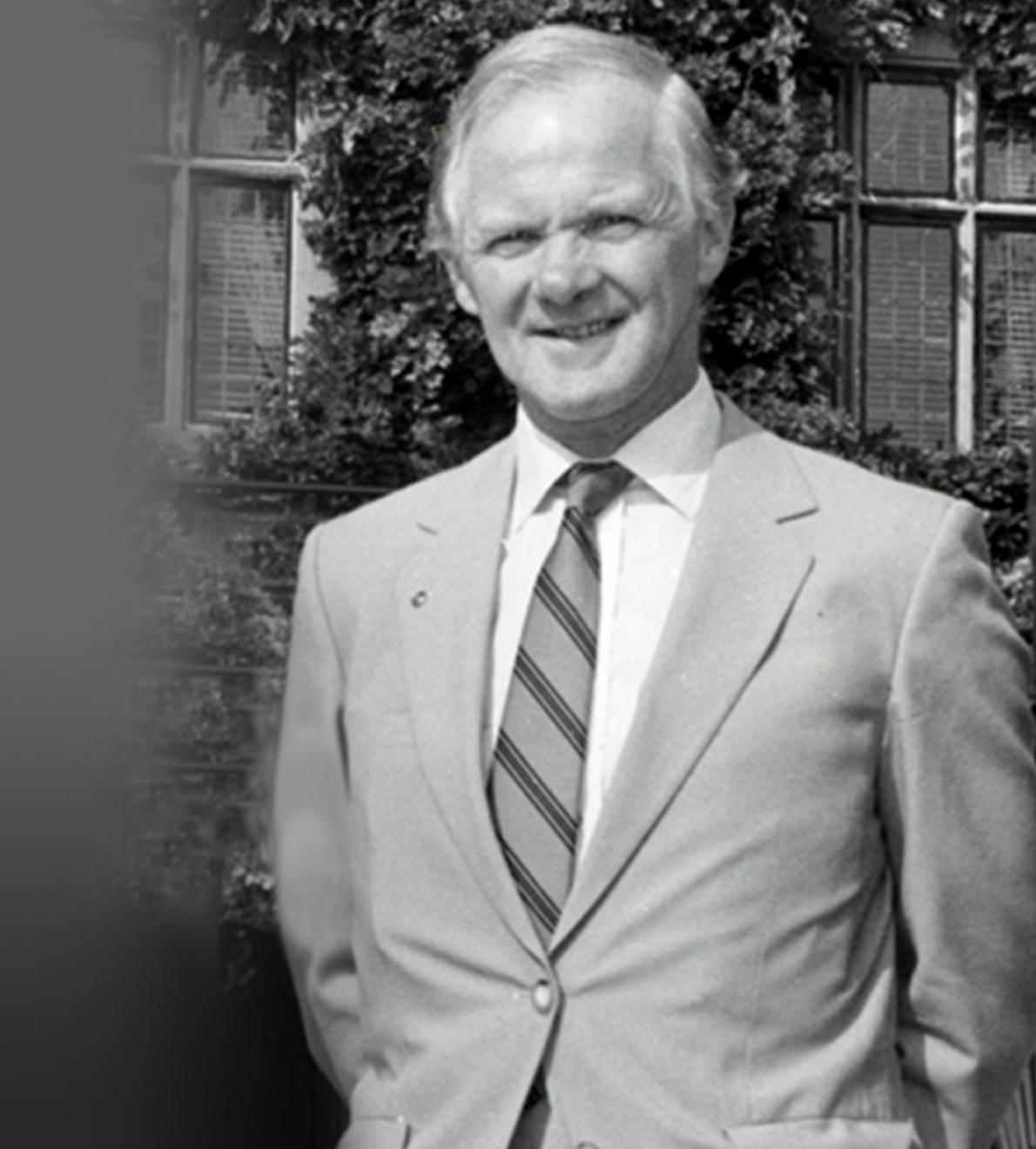 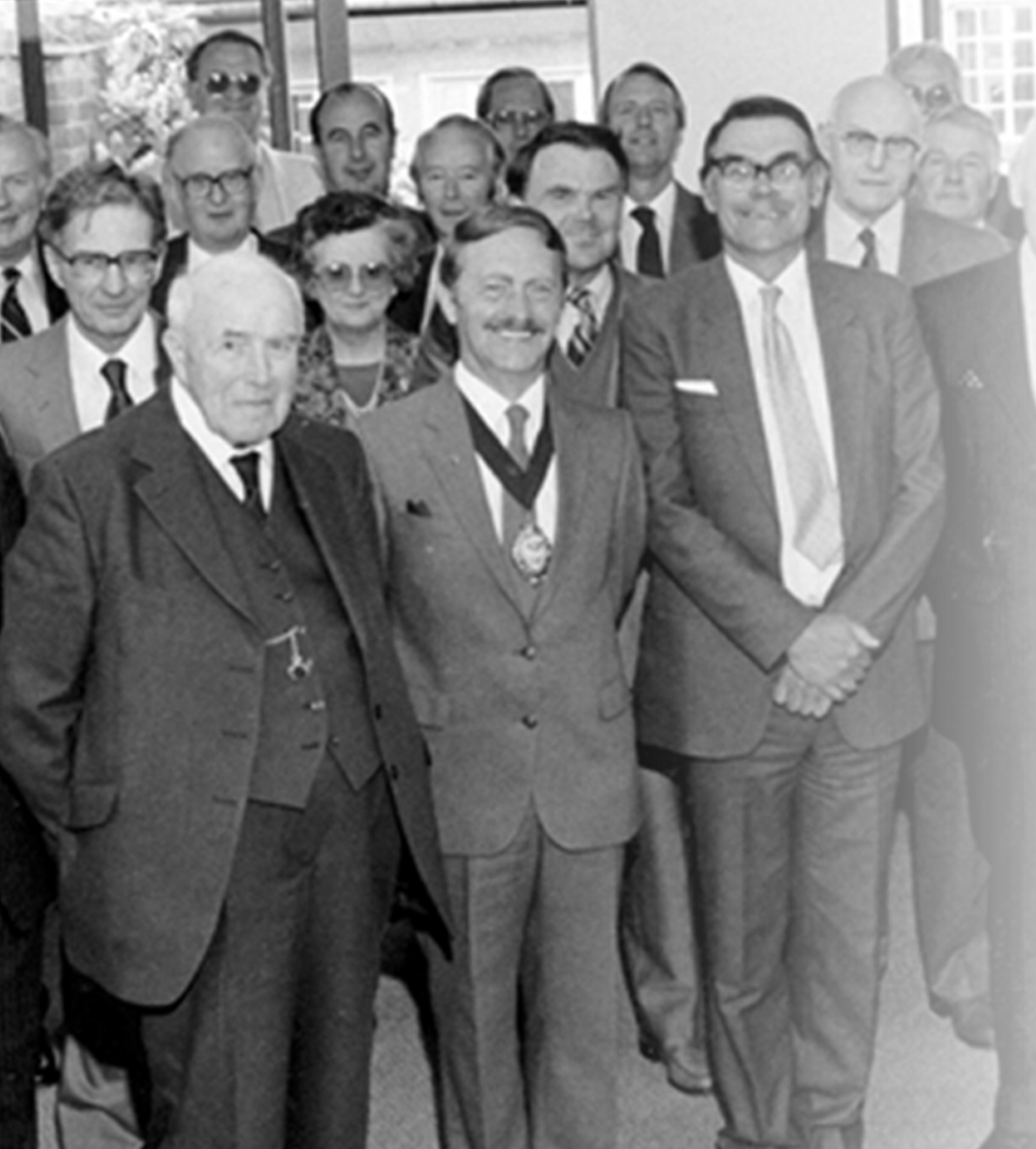 In 1992 we celebrated our first ninety years with the opening of an extension to Stafford House.

Pictured with the Mayor of Taunton at the opening are John Evemy (left) and Frank Foord (right). We also opened a new office in Bridgwater during the year.

The nineties also saw two mergers. In 1996 the Taunton office of Kidsons Impey closed. KI partner Christopher Rimmer became a partner in A C Mole & Sons and together with the KI staff moved across the road to Stafford House.

Three years later in 1999 the Taunton office of Apsleys also merged with A C Mole & Sons at Stafford House. The mergers broadened the client base considerably and gave individuals more scope for specialisation.

One result of the expansion was that Stafford House became too small for the growing firm and the decision was taken to move to a new, purpose built office at Blackbrook. The move took place on 5 December 2004 and to preserve a tradition, the new office was named Stafford House.

In 1997 we filed the UK’s first electronic tax return, an event recorded the next day on the front page of the Financial Times and widely reported in the tax press and on BBC radio. The FT included the event in its financial highlights of 1997.

In December 2001 were the first firm to file a tax return via the Internet and our experience in electronic and Internet filing is such that the Revenue regularly ask us to comment on and trial new features before they are launched.

In May 2002, we reached the final shortlist in the national Taxation Awards for “Best Tax Team in a Small to Medium Sized Firm” category. We were again short listed in 2003 and in 2004 we brought home the trophy. We won the Best Single Office Tax Practice Category in the 2013 Taxation Awards. Tax partner Paul Aplin won the Tax Personality of the Year award in 2007 and was shortlisted in the Tax Writer of the Year category in 2013 and again in 2015. Paul also won the Outstanding Industry Contribution award at the 2013 British Accountancy Awards and is currently ICAEW Deputy President.

In the autumn of 2002 the firm was authorised by the Chartered Institute of Taxation to practice as Chartered Tax Advisers.

We are regularly quoted in the accountancy, tax and national press 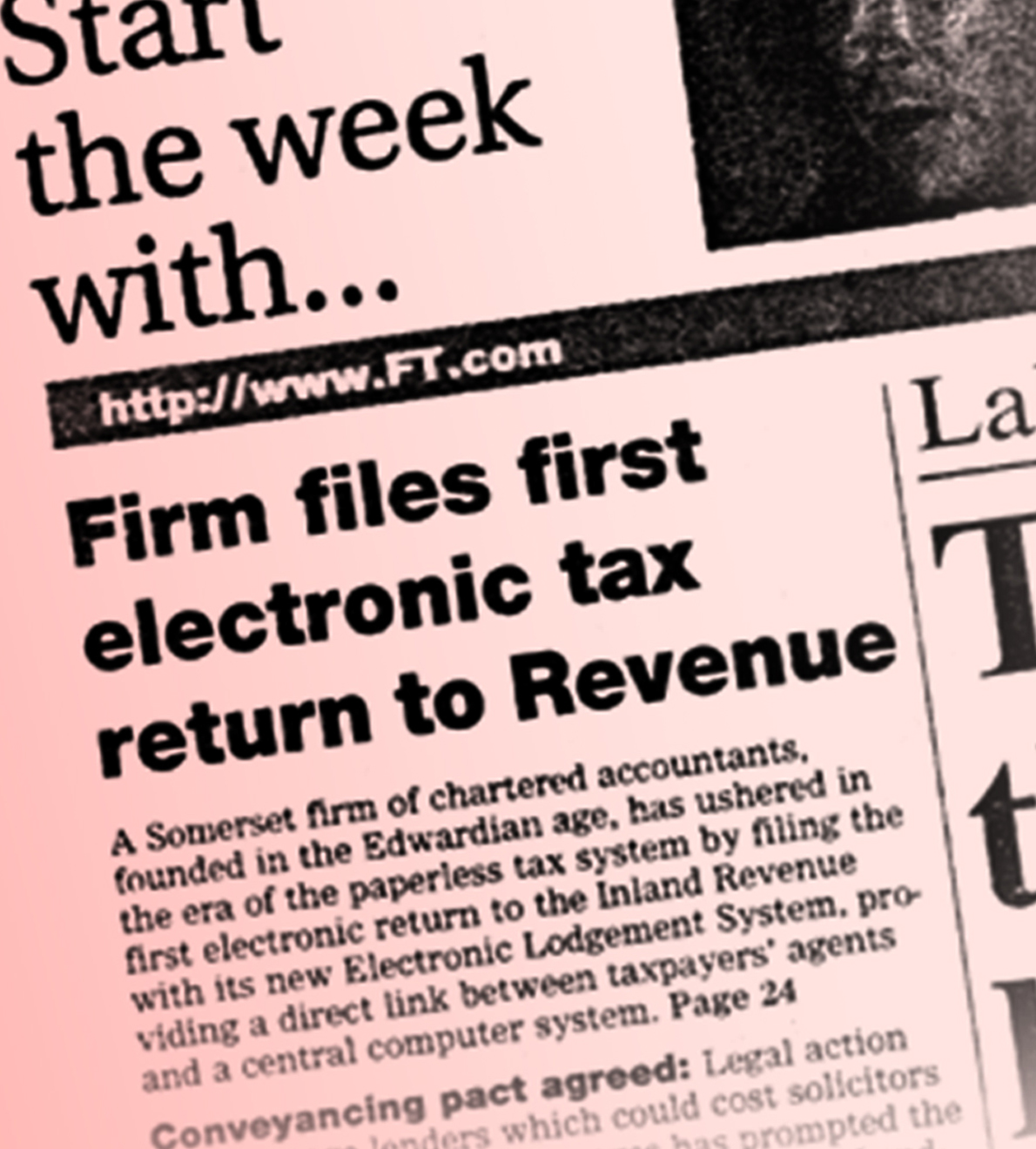 A C Mole are one of the South West’s leading independent firms of Chartered Accountants and Tax Advisers and advise a broad range of clients across the UK and overseas.

A C Mole are one of the South West’s leading independent firms of Chartered Accountants and Tax Advisers and advise a broad range of clients across the UK and overseas.